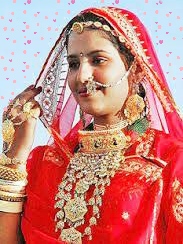 Traditional dress of Rajasthani: As soon as the name of Rajasthan comes, a scene starts to appear in front of our eyes where every day is like a festival.

The culture here, unity in diversity, meeting of all religions, welcoming the guests as “Padhar Mhare Desh”, surf and only in Rajasthan.

What is included in the traditional dress of men and women of Rajasthan?

Traditional costume of men of Rajasthan

Dhoti-kurta and turban are the traditional wear of men of Rajasthan. The charm of the people of the village can be seen in this dress.

Wearing a dhoti is very difficult. It is in the form of a long dress that is worn on either side of the thigh and is wrapped around the waist.

One has to learn to wear a dhoti. You can use this dress in many ways like- dhoti-kurta, kurta-pyjama. Wearing dhoti, kurta, and turban creates a different attraction for the people of Rajasthan.

In Rajasthan, the turban is a symbol of honor and pride. In the Rajasthani turban, different colors are seen and the turban can be worn separately. The turban is 18 yards in length and 9 inches in width.

The turban can be up to 80 feet in length. Turban is also known by many names like = turban, safa, page, feta, etc.

Turban is known according to different states like Jaipuri Turban in Jaipur, Jodhpur Turban in Jodhpur, etc. In every region of Rajasthan, people like to wear a turban in different designs and different colors, which is the royal identity of Rajasthan.

Most people prefer to wear the same turban but prefer to wear colorful and designer turban on different occasions. Turban is made in many colors such as white, pastoral, Mungia, yellow, orange, saffron, red, tail, and other colors.

Most of the women of Rajasthan wear Ghaghra to the knee. Ghaghra is also made in many ways like – Umbrella cut lehenga, Kalidar lehenga, etc.

Umbrella cut lehenga, Kalidar lehenga is mainly made. This lehenga can be made into 4 meters of cloth. You can make Kalidar lehenga from 12 Kali to 80 Kali. Odhni (Lugri) is also made in many colors and designs such as – tagging, plane, pachanga, waves, yellow, with a gota, with handwork, etc. The women of Rajasthan look very beautiful in this dress.

Angrakha is a special type of dress in the traditional dress (Rajasthani Traditional Dress). This costume is worn like armor from Kurta or a Shirt in the remote drawers of Rajasthan. It is made in two ways.

2. Angrakha to the waist

Only a person with a long and wide body can wear it. There are no buttons in this dress. It is worn with the help of long cords. In today’s changing lifestyle, this garment is becoming extinct.

The long tunic is preferred by the people of Rajput society more and after wearing this dress, it has a distinct aura.

In Rajasthan, people of every community like to wear it. It is worn with the help of cords. It is made up to the waist. People still wear this dress and keep the image of their unique dress alive.

The traditional costumes and jewelry of Rajasthan are very impressive. People here wear a gold ring in their ears and a bracelet in their hands.

Rich people like to wear chains or garlands made of pearl or gold.
If we talk about the traditional jewelry of women, then the world of jewelry can be seen here.

In women’s jewelry, we wear “Bolda or tikka” symbolizing the Suhaag on the head. Neck Hasli (a circular silver jewel that is worn around the neck in a circular form), necklace, mangal sutra, beads of beads, waistband, Tagadi (a chain made of silver which is worn in a circular form at the waist), Pajeb, Kadha and colorful bangles in hands.

People of Rajasthan society also wear bangles, rakhi, armlets, rings, and other types of jewelry made of ivory.

In Rajasthan, men and women like to wear shoes on their feet. Jaipur, Jodhpur, and Jaisalmer are world-famous for footwear. These shoes are made from animal leather. Shoes in embroidery are made in different colors and designs.

1. Baby dress up on birth |Traditional Dress of Rajasthan

At the time of marriage, both the bride and groom wear different dresses. The bride wears a lehenga, a blouse, and an Odni made by the designer, which is mostly red in color.

Men like Sherwani and pajamas, wearing Safa on their heads. In this dress, the groom looks different and different.

Rajasthani Dress from my pen

The art and culture of Rajasthan are distinct identities. People of all religions stay here every day, like a festival.

The food and drink here are also very amazing. There are many such World Heritage sites that bring Rajasthan fame all over the world. The sweet dialect here attracts everyone’s mind. 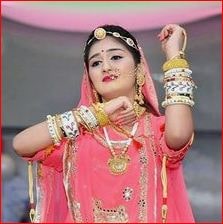 14 thoughts on “Traditional dress of Rajasthani” 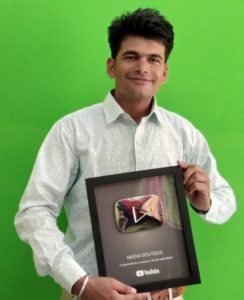